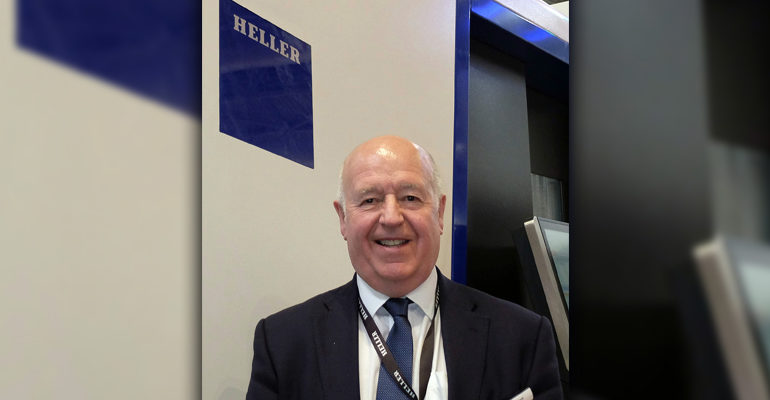 In the mid-60s, he entered a five-year technical apprenticeship at British Motor Corporation’s Austin plant in Longbridge. Subsequently a project engineer with Land Rover and then Rover, he started in machine tool sales at Kearney Trecker Marwin (KTM), Brighton, in 1984.

In the late 80s and early 90s, Chris started selling agency lines of machine tools, first for a firm in the Midlands before heading up his own company in the South West, AMS Technology.

He joined Heller Machine Tools, a wholly owned subsidiary of the German machine tool builder in June 1994 as area sales manager for the South West and South Wales. Manufacture of machines started at the UK site in Redditch a year later. He remained there for the rest of his career, by which time his sales remit had extended to Ireland and the Midlands.

In his retirement, Chris is looking forward to spending more time on his favourite hobbies, which are travel, DIY, golf and gardening. He lives with his wife in Worlbury, Weston-super-Mare.