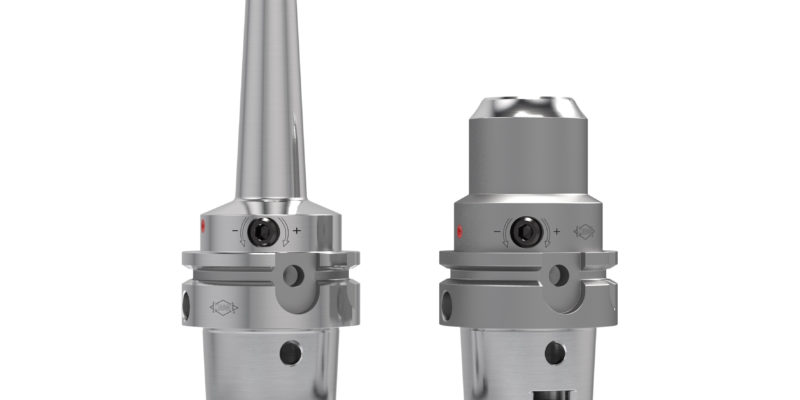 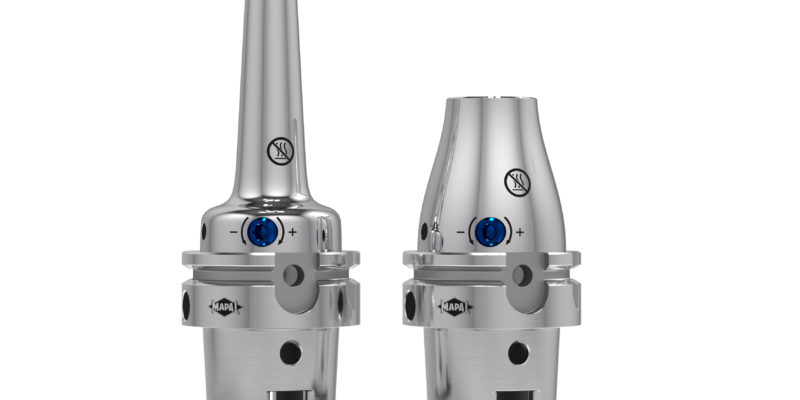 For over 25 years, MAPAL has built up a broad portfolio of clamping products that ranges from the clamping cartridge to the application-specific hydraulic chuck. Now, MAPAL is announcing an entirely new appearance for these items.

By re-designing product lines, the complete range will now have a uniform appearance and simultaneously offer added value for customers by utilising intelligent design strategies. Until now, industrial product design has played a less significant role during the development of chucks at MAPAL with the focus primarily centering upon reliable functionality. As a result, the developers at MAPAL have gradually built up a broad portfolio that did not have a uniform appearance. To evolve this situation, MAPAL involved experts from an award-winning design agency in Schwaebisch Gmuend, Germany.

The remit was to revise the appearance of the chucks whilst adding value for the customer by means of carefully considered industrial design. Why? An ingenious design is not only a visual highlight, it also taps into economic and ecological benefits for both MAPAL and its customer base. Using this as a starting point, the product designers worked in synergy with product developers at MAPAL, building completely new concepts that are based on functional FEM analyses to improve performance, ergonomics and economy for end users.

Developed according to this design brief, the new chucks shine with proverbial brilliance. One of the elements in the new concept is the brilliant surface finish. This surface finish is credit to a specially developed polishing method that ensures the chucks are more resistant to corrosion than previous versions.

A further design requirement was ‘foolproof-handling’; creating something that creates easy and self-explanatory handling of chucks. Operational elements were to for customers to be able to quickly identify the chuck of choice with handling information also being self-explanatory. These requirements were addressed by the blue color of features such as the actuating screws on a hydraulic chuck and by internally developed symbols that contain corresponding information, irrespective of the related language.

Finally, the product engineers and design engineers studied and optimised the chucks by undertaking a complete review of the weight, material selection and size. The new design addresses the requirements for the greatest possible stability and vibration dampening characteristics. Even the smallest weight savings on chucks have a major impact that becomes apparent over time. A lightweight chuck will consume less energy during acceleration and deceleration of the spindle.

With a new corporate design, the complete clamping range can now be immediately identified as stemming from the MAPAL stable. This is of critical importance for MAPAL, as the company has not historically been perceived as a manufacturer of chucks.